Most parents who choose a one syllable middle name for their infant daughters do so because they chose a longer first name for the child. However, modern day parents typically want a middle name that is a little more unique than the traditional Ann, Sue, or Jo.

If you are looking for a unique one syllable middle name for your girl then here are 30 you may want to choose from.

The name skye has a romantic ring to it and reminds one of either clear sunny days or starry nights. The name itself is of Irish origin and the name is said to mean “sheltering” which is a lovely meaning for any female.

The name Ayn was made somewhat popular by Russian writer Ayn Rand. Oddly enough many parents chose Ayn as a 1 syllable middle name because they feel it is a unique play on Ann or Anne. However, the origin of the name is Hebrew and is said to have 3 possible meanings; “Prayer,” “God favors me” or “eye.”

Bay is a name of Old French and Latin origin and has several meanings bestowed upon it. Again this simple short middle name for girls seems to have a number of different meanings including “berry” “ a water inlet” or “Auburn Haired.”

Although the name has been around a while it was Americans that made the name popular as a girl’s first or middle name. The name brings to mind a small stream that runs over pebbles or rocks. The name has a peaceful and serene sense to it, while still being somewhat unique.

The name Joy has an extremely happy sound to it and the actual meaning of the name is “Rejoicing.” The simplicity of this one syllable female name combined with the feeling of happiness it evokes could make this name a favorite among many parents.

As a 1 syllable middle name Sage has a kind of exotic ring to it some parents will like. Even better Sage means “wise one” which bestows a great meaning to the child’s overall name.

Originally Jett was exclusively a male name, but recently it has been used as a name for females. Jett is a strong name which some claim means “Black Gem.” The name is definitely unique and actually quite attractive.

Bree is a name that comes from Irish and English origins with the generally acceptable meaning of “strength.” The name is both easy and sophisticated having an uplifting appeal to it.

The one syllable girls middle name Lark means “Songbird” and the name itself brings to mind someone who is cheerful and outgoing and extremely social. Lark is one of the nature names that seem to be growing in popularity with modern parents.

Rain seems to be purely an American name as well as another of those nature names that are increasing in popularity. The name itself means “Blessings” or “Blessings from above” which is actually exactly what a baby is.

Hope is a name of Puritan origin that was often given to baby girls. Although old fashioned the name reemerges every few years and is a lovely simple name that some parents may choose to use.

Another nature name that is gaining in popularity is the name Lake. Primarily given to boys it is now emerging as a girl’s name as well. The name Lake means “Still Waters.”

The name Kai (pronounced Kye) has many origins including Hawaiian, Scandinavian, Greek, Latin and Chinese. The name also has almost as many meanings as it does origins meaning “Pier of a harbor; Keeper of the keys; strong; unbreakable and more.

The name True is primarily given to females and this name means “genuine, real and loyal.” It is a nice sounding name that goes well with many first names.

The name Star is of English origin primarily American and like the name Skye has a romantic sound to it. A star is a celestial body that shines brightly.

Bliss is a name of Old English Origin and seen a reemergence in popularity in recent years. The name has a sweet sound and means “ Joy, Cheer, or Intense Happiness.”

Swan is another bird name that is becoming popular. The name gives the impression of elegance and purity and seems to go smoothly with a number of first names.

Jade is the name of ornamental green stone that has great value in Asian countries. The stone is said to bestow wisdom, clarity, courage and modesty on the possessor of the name.

Leigh is often used in place of the more common middle name of Lea or Lee. The name means “Meadow or Field.”

Belle is a name of French origin and simply means beauty. The name Belle has many positive connotations such as Belle from “Beauty and the Beast,” Southern Belle, or Belle of the ball.” While used as a middle name Belle seems to have southern connotations it can be used by parents anywhere.

Blaire is a name of Scottish origin and means “plain or field.” The American version of the name means “Trustworthy and honorable.”

Wynn is a name of Welsh origin that has a sophisticated sound to it. The name itself means “ friend, white, fair, or blessed.”

Dawn is a name meaning “daybreak.” and is the perfect middle name for a child born in the wee hours of the morning just as the sun is rising.

Another one of those nature names Snow is a perfect name for a little girl born in winter. The name has a sense of purity about it.

Dale is an old English name that was once given to males, but in more recent years has become a name for females as well as males. Dale simply means valley and is a short snappy name that combines well with a variety of first names when used as a middle name.

Fawn was a popular girl’s name during the 60s and 70s and fell out of favor because many parents felt that the name did not give their child enough to live up to. Fawn simply means “young deer” and the name has an air of innocence about it that might find favor with some parents.

Fleu is a name of French origin and simply means flower. The name has romantic flavor and brings to mind grace and beauty.

Lei is a Hawaiian name for a wreath of flowers that is normally placed around a person’s neck as a welcome or during a celebration. Like Fleu the name brings to mind beauty.

Color names for girls such as Blue and Gray have become quite popular. Teal is a color name for a girl that has a much more feminine ring to it than many other colors names.

Day is a name of American origin and can easily be a name for either a boy or girl. The name day simply means daylight or sunlight.

Remember the name you choose for your child is a name that your child is going to have to live with for many years to come, which is why many parents agonize over the choice of name for their children. 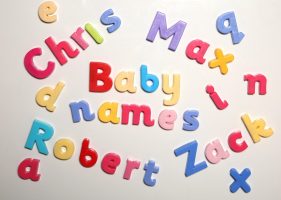 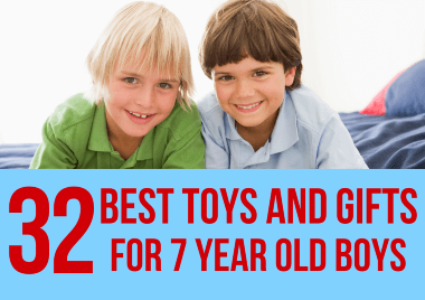 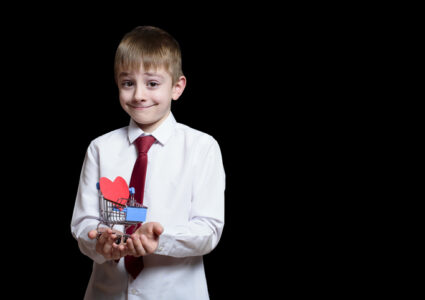