Skip to content
When you visit a link on our site and buy something we may earn a commission.
Home › Home Featured

The term “gender neutral” toy is a misnomer. It doesn’t make a great deal of sense as toys cannot have a gender and we’re of course referring to the gender of the child who the toy is marketed at. Research from Michigan State University found that it is the toy manufacturers, advertisers, and society itself that have, over the decades, designated certain toys as being for boys and others for girls. It has become the norm for us to associate blue with boys and pink with girls, but this has been the work of the toy industry itself, quickly supported by society enforcing these stereotypes.

The same MSU study mentioned above also suggests that society has used toys as a means for positioning children for their “correct” gender roles. Both subtly and not so subtly girls are pushed to play with dolls, makeup sets and purses. Their focus should be on making themselves and their homes look beautiful whilst “playing house” and “playing mom” in a traditional nurturing role. On the other hand, young boys are taught that they should be interested in cars, building, weapons, and other aggressive subjects, positioning themselves as heads of families, communities, and the workplace.

While many children are happy in their gender identity, plenty are not, and with strict gender stereotypes at play, there is not an inclusive and safe environment for children who may not currently be confident in either of the “set” gender roles. Gender-designated toys teach children that there is a right and wrong way to be and as research has shown more than once, gender is not fixed, so children shouldn’t feel limited in their play.

Where do Gender Stereotypes Come From?

Gender stereotypes have some basis in survival and historical necessity. The first civilizations required everyone to contribute for their communities to survive. As men tend to be naturally larger and more physically strong they took on the role of hunters and protectors of the communities. The high risk involved in hunting meant it did not make sense for women, who naturally produced and provided nutrition for the young, to be involved in hunting. Instead they took on the role of gatherers as well as caring for the young.

There are examples of women hunters in history but they tend to be the exception not the rule. Therefore, the stereotype that men protect and lead was born. The idea that men were aggressive and women were gentle also comes from this same idea, as men would kill for food while women nurtured the young and cared for the home. These are the first examples of a patriarchal society becoming the norm, with men taking all positions of power and women’s opportunities were limited.

As the world became more mechanised, industrial revolutions took place and the physical strength necessary at the beginning of civilization was no longer necessary to survive and thrive, gender stereotypes still prevailed. Clubs and spears gave way to swords and guns that did not take great strength to use. Farm machinery made it possible for anyone to plough, regardless of their physical strength, yet the original stereotype of men’s and women’s roles did not change. Women were largely out of the world of work until the 19th century, when they began becoming more regularly seen working in factories and other businesses. To this day, we still have a clear and shameful pay gap between men and women.

The most obvious gender stereotypes we encounter today come from advertisement and manufacturers. Particularly in the toys market and they are once again supported by comments from family, from school and from society as a whole. Girls are pushed into the idea of caring about their looks, a clean and tidy home and nurturing children when playing.  Boys should be aggressive, passionately into sports and find vehicles fascinating.

These gender stereotypes have been reinforced for generations by toys that have been targeted by gender. Manufacturers have used pink and blue to ensure that parents and children know which toys are supposed to interest which gender. However, try as they might, not all toys can be designated as one gender or another.

The Problem with Gender Designated Toys

Gender designated toys do have their supporters and they suggest that biology dictates the kind of toy a child will gravitate towards. Girls will prefer to play with dolls, princesses, makeup and beauty toys and domestic toys. However, boys will opt for construction vehicles, guns and even math-related toys. This may be true for some children but it is hard to see whether children are actively choosing their “correct” gendered toy or are simply driven by society and the need to conform.

History has shown that individual children are indeed individual, and may have interests that flout gender expectations. Many girls excel in math and science, and have little or no interest in playing with dolls or play kitchens. Or they may enjoy both playing with cars and racing sets and their dolls. There are also many boys who prefer imaginative and role play games, may love to bake and create alongside their other toys. The pressure to be gentle for girls or aggressive for boys can be damaging and have an impact on them, not allowing their natural and innate characteristics and personalities to form.

By sending the message that little girls who prefer “boy toys” are tomboys, and little boys who prefer “girl toys” are sissies, we are telling our children that there is something unnatural about their interests, and they are less feminine or masculine than they “should” be.

The problem with forcing children into playing with only neutral toys, however, is that we are preventing them from reaching their full potential. As parents and educators, we should want to do everything we can to allow and help our children reach their potential. This means letting go of the idea of gender designated toys, and allowing children to play with all toys, and not just those that are specifically marketed as neutral.

Gender neutral has become somewhat of a buzzword when in reality, these kinds of toys have always been available. There have always been toys such as Lincoln logs and natural colored building blocks, wagons, art supplies, puzzles, puppets, stuffed animals, plastic farm or zoo animals, shape sorters, sand toys, sleds, and so much more. Unfortunately, many toys that should be gender neutral have, at least in the not too distant past, been made gender specific by manufacturers who were looking to cash in on those who believed that gender roles should be reinforced. Toys as simple as dump trucks and diggers have been manufactured in bright pink to make them “okay” for girls to play with. A good example of this is the Danish company LEGO. They have created complete ranges in pink, purple and pastel colors hoping to attract female fans.

Why Gender Neutral Toys Are Important for Girls

The idea of a patriarchal society is something we have already mentioned and it is precisely this which makes gender neutral toys and play so important for young girls. Of course, there are female doctors, even at times when it was practically unheard of, but this can still be seen as going against the grain of the stereotypical female role. Women have had to fight and work hard to overcome obstacles and achieve the same if not more than their male counterparts.

However, parents of girls no longer accept this. more parents are telling their daughters that they can (and should) do whatever they want; they are encouraging them to follow their interests rather than be stuck in clearly defined gender roles. This is why it is so important for little girls to not only be encouraged to play with gender neutral toys, but also to be encouraged to play with all toys, or those that interest them, even if they’re seen as “for boys”. All children should be encouraged to follow their natural interests and play in a way which keeps them engaged and happy, finding their own talents in whatever field that might be.

Similarly, boys should have access to the same range of toys and find their own path. Research shows people who find it hard to define their gender in later life or are different to the gender they were assigned at birth often had difficulties at a young age with play. The opportunity to play with all toys is essential for children’s wellbeing and finding out who they are in many ways. That doesn’t mean that little girls should be discouraged from playing with “girly toys” if that is truly what they want. However, alongside those toys, girls should be given gender neutral and some “boyish” toys to give them the full range of toys to play with. After all, there is nothing wrong with Barbie driving a dump truck or a bulldozer instead of a pink convertible.

Anyone looking to increase the range of gender neutral toys for their children could consider any of the following:

This list is not exhaustive and also shouldn’t be used counter intuitively. We should be trying to change the narrative that there are gender designated toys and in fact, all toys are gender neutral.

Better Understanding is Leading to Progress

Many parents are exasperated when they see the rows of boys and girls’ toys in stores up and down the country, but there really is progress being made. Parents are demanding that stores drop the gendered toy sections, so children can feel less self-conscious when exploring and finding the toys they like. Boys shouldn’t feel uncomfortable in the “pink aisle” of the store or girls in the “blue aisle”. There is a push to stock similar toys together rather than gendered toys together, so dolls would be alongside action figures for example.

Some companies are now rising to meet the demand. Mattel, for example, has come up with a gender neutral doll that allows kids to create a doll with the look that they want it to have. Wonder Crew, meanwhile, is a company that makes dolls who are just like real boys, labeling them as “crewmates” to take away the stigma that is associated with boys playing with dolls.

While progress continues, if we want to raise children who are free to explore and reach their full potential, then we, as parents and the first educators of our children, need to strive to offer our children toys of different types. This will give them the opportunity to discover their own interests without worry about gender, and enable them to explore their identity without feeling forced into stereotypes. 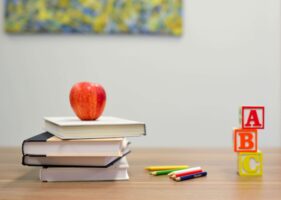 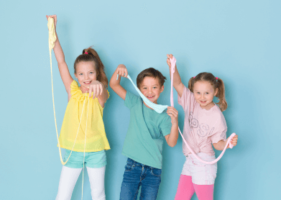 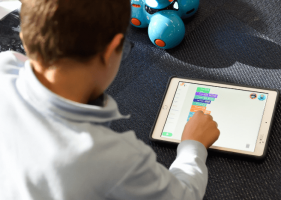 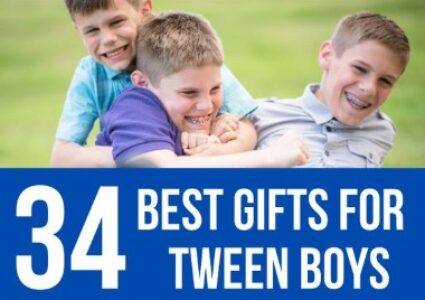 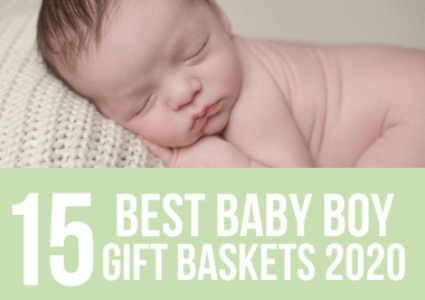 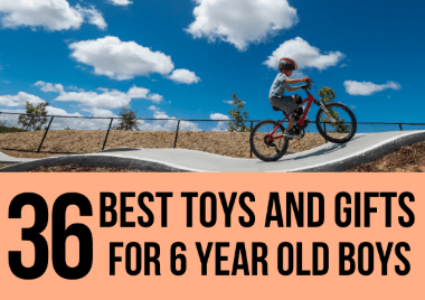 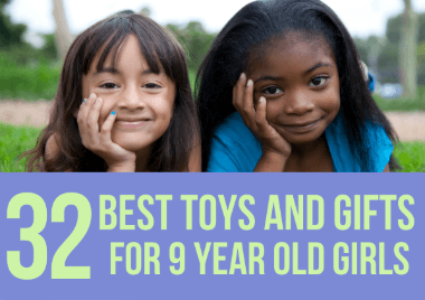 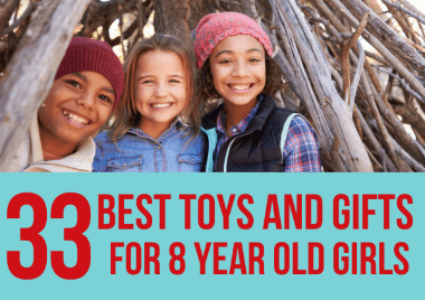